Founded in 1834, the Chartered Institute of Building is the world's largest and most influential professional body for construction management and leadership.

It has a Royal Charter to promote the science and practice of building and construction for the benefit of society. CIOB members work worldwide in the development, conservation and improvement of the built environment.

The CIOB accredits university degrees, educational courses and training and its professional and vocational qualifications are a mark of the highest levels of competence and professionalism. Click through to the CIOB website. The CIOB has been a leader in the discipline of construction management for nearly 200 years. Download the booklet to see more. The CIOB's definition of construction management is comprehensive. Download the full definition.

Patrick is a member of the CIOB time Management working group. Between 2008 and 2010, the group was responsible for developing and publishing the CIOB Guide to Good Practice in the Management of Time in Complex Projects (published December 2010). He is currently part of the team working the update due for publication in 2018.

To allow the innovations in The Guide to be used effectively, CIOB have also developing a new construction contract, its first major contract form in 140 years.The new Complex Projects Contract which puts time management at its heart can be used with, or without, Building Information Modelling (BIM) and has been drafted to work within any country and legal jurisdiction around the world. See more on the CIOB Contract.

Patrick delivered a number of presentations in the Asia Pacific region outlining these developments - Download the presentation.

The CIOB Members Forum is the link between the Trustees and the membership with a central role in the governance and development of CIOB internationally. The full Members Forum meets at least annually and members of the forum from geographic regions (Time Zones) meet more frequently to further the initiatives of the organisation. Patrick was one of the Asia-Pacific representative to the Forum (2009-2013), was the Time Zone Chair for 2010 and 2011, and the Forum's nominee to the CIOB Nominations Committee responsible for managing the election and selection of Trustees (2010 to 2013). 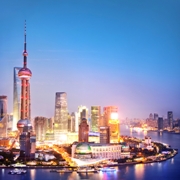 For the first time in its history the Chartered Institute of Building (CIOB) held its 2010 Annual General Meeting (AGM) outside of the UK. Patrick was invited to participate in the CIOB International Construction Conference 2010 held in conjunction with the 2010 Members Forum and AGM. Against the backdrop of the Shanghai World Expo 2010, CIOB designed a week of events from the 27th June to 2nd July 2010 to create the opportunity for members from different countries to build links with each other through a series of meetings, site visits and the AGM. For comments on the meetings and World Expo see our Blog at: http://mosaicprojects.wordpress.com/category/ciob/.

Continuing the internationalisation, the 2012 meeting was held in Dublin to celebrate 50 years of service to the Irish construction industry.

Patrick Weaver FCIOB, was the regional president of the Chartered Institute of Building Australasia from May 2006 to May 2008 and Immediate Past President Australasia for 2008/2009. He has been a CIOB member since joining as a student in 1971, was Victorian Committee Chair from the formation of CIOBA in 2003 to 2004, and 2008 to 2010 and Vice President in 2005. Currently he is involved in a number of CIOB initiatives.

CIOB Australasia plays an active role in promoting professionalism and innovative thinking in the construction industry throughout its region with members located around the Australian continent as well as in New Zealand and the South Pacific. Since its launch, CIOB Australasia has played an important role in the region by organising events and seminars relevant to the industry and established close links with Universities, construction professionals, academics and government bodies.

The primary focus of Patrick's first year as President was to move CIOBA to a properly structured Region supporting a number of dynamic Centres; with a focus on three main areas:-

The focus of his second year was to build on the momentum from 2006 and consolidate active centre committees in the existing locations and potentially expand into new areas such as Newcastle, Canberra, Adelaide and Wellington (subject to local members being willing and able to establish centre committees).

Key initiatives for the 2007 year included:

At the international level, Patrick was actively involved in the CIOB Governance review. This review resulted in the abolition of the International Board and the creation of a new body, the 'Members Forum' that takes on some of the roles of the old CIOB Council and some of the roles of the International Board. The forum has a representative of every CIOB region as a member plus a number of appointees and is charged with developing the ideas needed to keep CIOB growing and relevant in the years ahead, as well as providing a forum for internal discussion and review. The full forum will meet regularly and the regional components of the forum (Time Zones) meet ‘locally’ twice a year. CIOBA's ‘local’ area is ‘East Asia and the Pacific’. Patrick attended the first local meeting, held in Kuala Lumpur on the 19th May 2007 and remains committed to the development of CIOB and the profession of construction management.